About the Peace Instructors 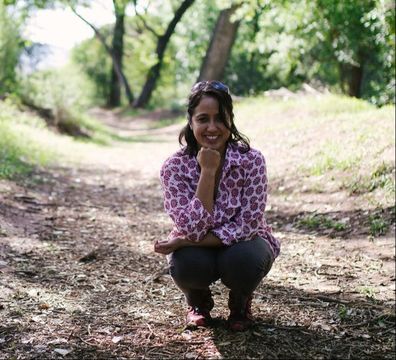 Ana started her spiritual journey as a young girl. Her mother and father were the first to expose her to devotional practices. Her mother is a devotee to Mother Mary and has been praying the rosary for over thirty-five years. She remembers going to rosary gatherings as a teenager at Estela Ruiz’s residence in the south side of Phoenix, Arizona. This is the same site where Our Blessed Mother was appearing to Estela in her living room. Her mother gave her a firm foundation in spiritual practices and devotion.

While attending the University of Rochester, she studied women studies, political science, and English. Her spirituality and her devotion to God anchored her as she developed her academic career. She particularly enjoyed studying about religious women and how they used their devotion to go about real change in the world. She studied about American women’s movement and other women’s grassroots work around the world. Ana’s honor thesis, “Fifteen” explored in a theatrical setting how young girls integrate their devotion and heal through hardships. For this play, she was awarded two prizes: The Pearl Sperling Evans Prize and The Deans Prize in Creative Writing; Drama Division. For her graduate work, she studied education and business.

In 2001, Ana began her formal studies in yoga and Pantanjali’s Yoga Sutras. Her first yoga class was a video with Patricia Walden, given to her by her twin sister, Melissa. In the summer of 2003, she completed Yoga Alliance’s 200 hour level teacher training through 7 Centers Yoga Arts in Sedona, Arizona. Here is where she met many of her gurus of yoga: Rama Jyoti Vernon, Shraddhasaggar (Ruth Hartung) , and Ambaya (Pilar Martin of Ambaya Gold). Shortly after receiving her 200 hour level training, she worked at 7 Centers Yoga Arts as a yoga instructor and an ayurvedic chef for the teacher training programs. She received darshan from Sri Karunamayi, an embodiment of divine motherly love. Also, she reveived darshan from Ammaji, the hugging saint of India. Ana Hansen continues to study them as examples of holy women. In 2005, Ana completed her Yoga Alliance 500 hour level teacher training program with the International Yoga College. This time she concentrated her studies on Conflict Resolution as taught by Rama Jyoti Vernon and Max Lafser. In 2006, she opened and operated Embody Yoga in Phoenix, Arizona.

In 2007, Ana made a pilgrimage to India with her husband, where she focused on visiting many temples, ashrams and other sacred sites. The highlight of her trip was her experience in Rishikesh, India. Here she bathed in the Ganges and meditated. This experience redirected her life and had a profound impact on her. In January of 2008, Ana attended her first Vipassana 10 Day Retreat and learned the practice of Vipassana as taught by S.N. Goenka. She feels like this practice is a gateway for her ultimate detoxification and the next journey of her teachings.

In March of 2009, her greatest guru was born; her son. Today, Ana teaches peace curriculum, kids mindfulness and kids yoga at a local Sedona school. Ana is the founder and director of Growing Hearts, Minds & Bodies. 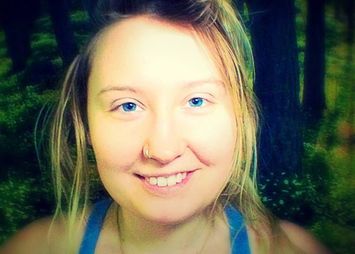 Melissa Osborne (E-RYT 200, RCYT) completed her Hatha-Flow certification at Yoga Yoga in her hometown Austin, TX in 2012. Melissa is a passionate student of Vedic astrology and yogic lore. Melissa is a peace advocate, poet and painter. She is inspired by the energies of the Earth, planets and stars. She encourages her students to connect with the cosmos through movement and breath. Melissa believes yoga should be accessible for all bodies and will offer modifications for any level of experience. She incorporates strength training and often utilizes props. Melissa and her spouse, Colton, live in lovely Sedona; they have a 2-year-old son-Fox, 2 dogs and 2 cats. Together they lead the monthly Full Moon Gong Baths at 7 Centers in accordance to the astrology of the day.  Melissa taught for the Kid’s Program during the Sedona Yoga Festival 2017. Melissa had the joyous opportunity of earning her 100-hr Children’s Yoga teaching certificate from 7 Centers in 2018. She teaches Kid’s Yoga in the yurt at 7 Centers weekly; with assistance from her happy baby, Fox. Most loved local spots: Seven Sacred Pools, Airport Vortex & Stupa Amitabha Peace Park. (Vinyasa, Kid’s Yoga)  ​ 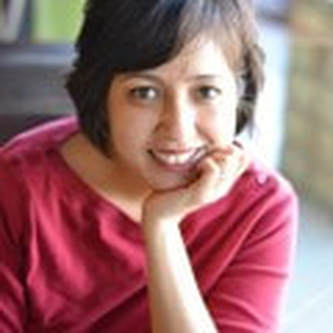 Melissa Camacho
Melissa is one of alternative medicine’s most gifted practitioners. Intuitive and knowledgeable, she is a Licensed Acupuncturist, and certified in Ayurvedic medicine.  Trained in yoga, meditation and Ayurvedic cooking, she’s able to offer exceptional healing services including Acupuncture, Cupping, Acupressure, and various Ayurvedic body therapies.  She counsels on nutrition, exercise, meditation and lifestyle.  She is a graduate of Dr. Vasant Lad’s Ayurvedic Institute, and received her Masters of Science in Oriental Medicine from the Southwest Acupuncture College-Santa Fe.  Internationally trained and former Ayurvedic cook of 7 Centers, she feels blessed to return and contribute to Sedona, Arizona’s first and finest yoga studio.  She is a regular contributor to yoga and health periodicals, and teaches Ayurvedic workshops throughout the Southwest. 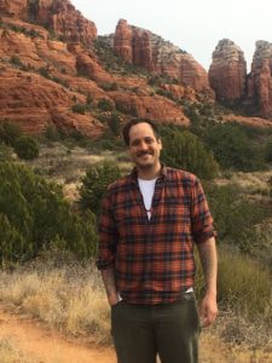 Colton Dyer (KRI 500) Since his youth, Colton has been drawn to all things metaphysical, esoteric, and occult. His journey of discovery has weaved a tapestry of many traditions. In 2010, his path led him to Kundalini Yoga as Taught by Yogi Bhajan. After his first class, he knew it was what he had been looking for. Under the watchful eye of first-generation Masters (Mehtab Benton, Guru Karam Kaur, and Siri Bahadur Singh Khalsa), Colton trained for five years at Yoga Yoga in Austin, TX.  He has had the honor of direct mentorship with GuruDhan Singh Khalsa as well as Guruchraran Singh Khalsa. After graduating the 200hr Kundalini training in 2012, he started leading 4am sadhana in his community. He began professionally teaching in 2013 and believes Kundalini Yoga is a healthy approach to physical and mental wellbeing; with this practice, one can address and heal the physical and emotional wounds of the past. Colton teaches from the heart,  incorporating Vedic Astrology, Mantra, and Gong Healing. His classes break down the barriers of inhibition. Share a breath, a laugh, a smile.  His message is radically simple. “When you realize who you are, you never have to be someone else again”   (Kundalini of Sound) 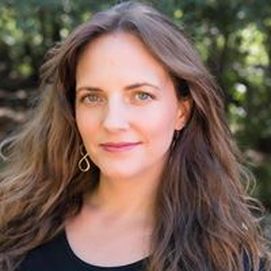 Nicole is curious, creative, and a lover of nature. She is also the mother of two small boys and an advocate for self-care. Her work is based on a collection of studies, passions, and tools that have helped her and many others feel more at peace. Her hope to assist others in finding happiness and well being in this complex and fast-paced world.

Nicole began studying yoga philosophy as a teenager, and at age 18 became a certified Yoga Instructor through the Sivananda Yoga Ashram. Yoga helped her battle depression and low self-esteem as a teenager and continues to be an integral part of her life. Nicole graduated from the Arizona School of Integrative Studies in 1999 and later went through their Massage Teacher Training program. Along with having private massage practices, working in spas and schools, she worked with Wells Fargo for 8 years and home-schooled her boys up to 2nd and 4th grade.

Once Nicole began meditating daily, it became very clear that she wants to share with others simple techniques that cultivate inner peace and self-love. "Through Meditation and Mindfulness we can find self-awareness, and through bodywork and movement, we can support the physical demands of our busy schedules. When we take the time to learn and apply self-care, we can more easily maintain healthy relationships, balanced schedules, and peaceful minds, " Nikki says.

Nikki currently works at the McLean Meditation Institute and is a Certified Meditation and Mindfulness Instructor who loves to teach anyone to learn to meditate. She is based in Sedona, Arizona
​Contact Information:
www.YogaForBigHearts.com
GrowingPeacefulHearts@gmail.com
​480-290-8353